The Paideia Centre is associated with several fellows who are experts in their respective areas. These individuals contribute to Paideia in various forms such as participating in consultations, doing research projects, giving lectures, etc.

Fellow in Economics
Born in Delft, March 4, 1934, Dr. Goudzwaard studied economics at the Dutch Economy High School in Rotterdam from 1951 to 1957, completing his studies with a dissertation entitled 'Unpriced Scarcity "(1970). A Member of Dutch Parliament for the ARP from 1967 ... Read More ›

Fellow in Psychology
Eric L. Johnson is Lawrence and Charlotte Hoover Professor of Pastoral Care at The Southern Baptist Theological Seminary. He received an M.A. in Christian Studies at Calvin College and a Ph.D. in Educational Psychology from Michigan State University (1992). H ... Read More › 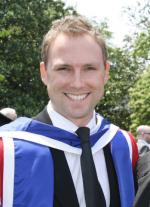 Fellow in Old Testament Studies
Heath Thomas is Associate Professor of Old Testament & Hebrew and the Director of PhD Studies at Southeastern Seminary in Wake Forest, North Carolina. He is married to Jill, who is a nurse, and has four beautiful children called Harrison, Isabelle, Simon, ... Read More ›

Fellow in Practical Theology
I am pastor of the Church of the Incarnation in Harrisonburg, VA (www.theincarnation.org), and have been in pastoral ministry at the local church level since 1991. My family has been in the ministry for three generations, with grandfather, father, mother ... Read More › 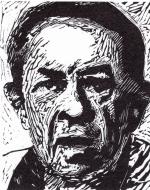 Fellow in Philosophical Aesthetics
Dr. Calvin Seerveld is an internationally known authority in the arts and his books A Christian Critique of Art and Literature, Rainbows for a Fallen World, and Bearing Fresh Olive Leaves, among others, have inspired many in their endeavors to ... Read More ›

Fellow in Health Sciences
Jim attended Trinity Christian College in Palos Heights, Illinois. Receiving his medical training at the University of Illinois, he completed subspecialty training in infectious diseases and medical oncology in the US and Canada. He taught, practiced, and did ... Read More ›

Fellow in Physics
Arnold E. Sikkema earned his Ph.D. in theoretical physics at the University of British Columbia, and after a postdoctoral fellowship at the Institute for Fundamental Theory at the University of Florida has been involved in Christian higher education since 199 ... Read More ›