Asociación SAQ B’E C. “Carlos” Herfst  Originally from Alberta, Carlos grew up in Southern Ontario as a child of Dutch immigrant parents. After a short career as a printer, he studied history at McMaster University and then lat ... Read More ›

Paideia is committed to being rooted locally and networked internationally. For some time now we have been working on developing a relationship with Trinity College, Bristol, UK, one of the finest seminaries in the UK. Under the creative leadership of pr ... Read More ›

Zak Benjamin is a major artist in South Africa and a committed Christian. Upon his conversion, he became friends with sculptor Gert Swart, another friend of Paideia. They have worked on several projects together and seek to understand the place of making cont ... Read More ›

Some years ago Gideon Strauss (CPJ, Washington DC), Elaine Botha and Craig Bartholomew were instrumental in developing the Christian Worldview Network (CWN) in South Africa. Many of the relationships formed then remain in tact and there is considerable intere ... Read More ›

I Am a Cabinetmaker Recently, Robert Scott stunned people with an exhibition titled, I AM A CABINETMAKER held at the Tatham Art Gallery, South Africa. He unashamedly subtitled the exhibition, " I was a long time in learning these things" (Daniel Defoe in Robi ... Read More ›

Gert Swart is an outstanding South African sculptor who has a long friendship with Craig Bartholomew. For more on Gert’s work see www.gertswart.com In 1997 sculptor Gert Swart held a major exhibition of his work, Contemplation, at the Tat ... Read More › 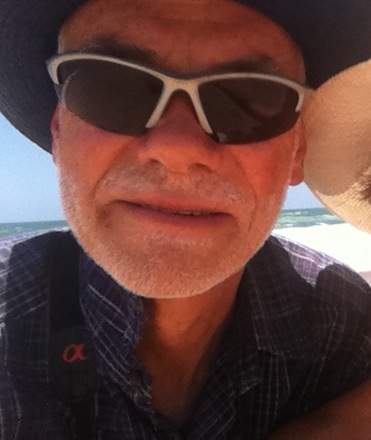 Timothy is a self-taught painter of landscapes and still life. He also works in clay, making one-off decorative pieces.  His paintings and ceramics are in many private collections in  South Africa and abroad.   His work has been exhibit ... Read More ›

Mary Abma is a friend of the Paideia Centre. She is an artist who lives in Bright's Grove, Ontario.  Her artworks, which consist primarily of idea-based works executed in a variety of artistic forms, explore themes that allow her to incorporate her inter ... Read More ›